AT THE VEGAN WITCH TRIALS 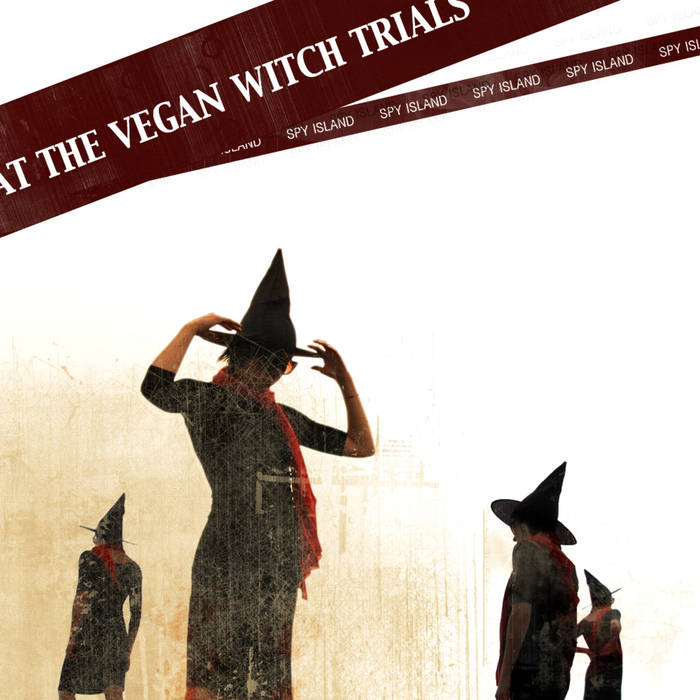 Spy Island is a Portland-based indie pop outfit with a slightly spaced-out edge (not entirely unlike a less lysergic the Flaming Lips or Dirty Projectors minus the Afro-beat influences) and no shortage of cleverness at their disposal (not dissimilar from Pavement). But Spy Island very well could give cleverness a good name again if they keep making records like At the Vegan Witch Trials; instead of aiming for studied sloppiness or musical eccentricity for its own sake, Spy Island have embraced tight, tuneful arrangements and melodies that put some rock & roll muscle behind songs that show an impressive level of craft, and the result is a grand exercise in small-scale record making. Vocalists Dale Nicholls and Lucy Martin are both strong lead singers, and their harmonies reveal just the right snarky edge while making their too-cool-for-school lyrics sound reasonable (and even human), and the ensemble that backs them up generates an admirably diverse palette of tonal colors, from the garage rock overtones of "Hot Weather Anatomy" to the folky textures of "Vegan Witch Wars," and the lovely, languid pop of "Vegan Witch Food Cart." And while the credits claim At the Vegan Witch Trials was recorded "in some of Portland's most illustrious bedrooms and basements," you wouldn't guess that to listen to the results; this music sounds fully professional with just enough polish to help the hooks get over, and plenty of bands with larger budgets haven't been as well-served as the clean, spacious, concise production suits this band. At the Vegan Witch Trials is smart, joyous, and genuinely witty music that consistently satisfies, and it's nice to know that America's basements and bedrooms are still kicking out some great low-budget records at a time when the majors can't seem to find worthwhile new acts. 4 stars, Mark Deming. allmusic.com

Recorded by Rian Lewis and Dale Nicholls in some of Portland's most illustrious bedrooms and basements. Drums recorded at Ripcord in Vancouver, WA. Songs by DN. Walls of Home was written by Bret Vogel, Bryan Free, Erick Alley, Matt Henderson, and Rian Lewis.

Spy island is a band/shut-in collective. Caffeinated cellar dwellers. They live in Portland, OR and Los Angeles.

New album in the works.

Bandcamp Daily  your guide to the world of Bandcamp

Interviews With Butcher Brown and Slauson Malone, plus LP of the week by SAULT.